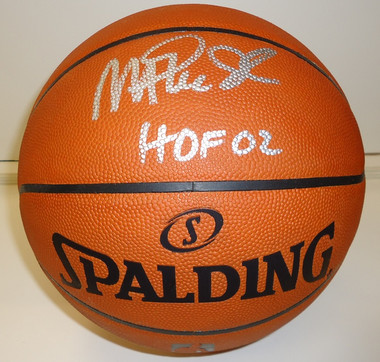 Magic Johnson played his college basketball at Michigan State University. In his 2 seasons at MSU, the team made the NCAA tournament both times, and they won the National Championship in his second season, 1979. Magic was named MVP of the final four in 1979. His NBA career was one for the record books. In 13 NBA seasons, Magic Johnson was a 5X NBA Champion, 3X Finals MVP, 3X NBA MVP, 12X All-Star, and 2X All-Star MVP. He is regarded as the greatest Point Guard to ever play.

All of our Magic Johnson Autographed Memorabilia is backed 100% by our DC SPORTS Certificate of Authenticity. We will add our Tamper-Proof Hologram to each Magic Johnson basketball at no charge upon request.