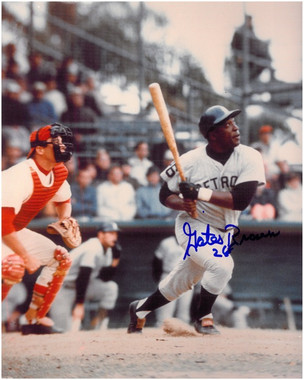 Gates Brown is a former Detroit Tigers Outfielder. He was a member of the 1968 Detroit Tigers World Series Championship team. Gates is considered one of the greatest pinch hitters of all-time.


All of our Gates Brown Autographed Memorabilia is backed 100% by our DC SPORTS Certificate of Authenticity. We will add our Tamper-Proof Hologram to each Gates Brown photo at no charge upon request.