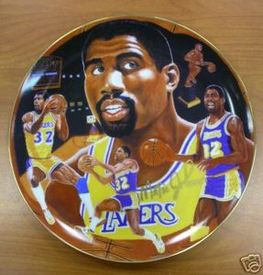 Magic Johnson
Gartlan 10 1/4" Ceramic Collectible Plate
Numbered out of 1,987 Produced in 1987
Hand-Signed in Gold by Magic Himself